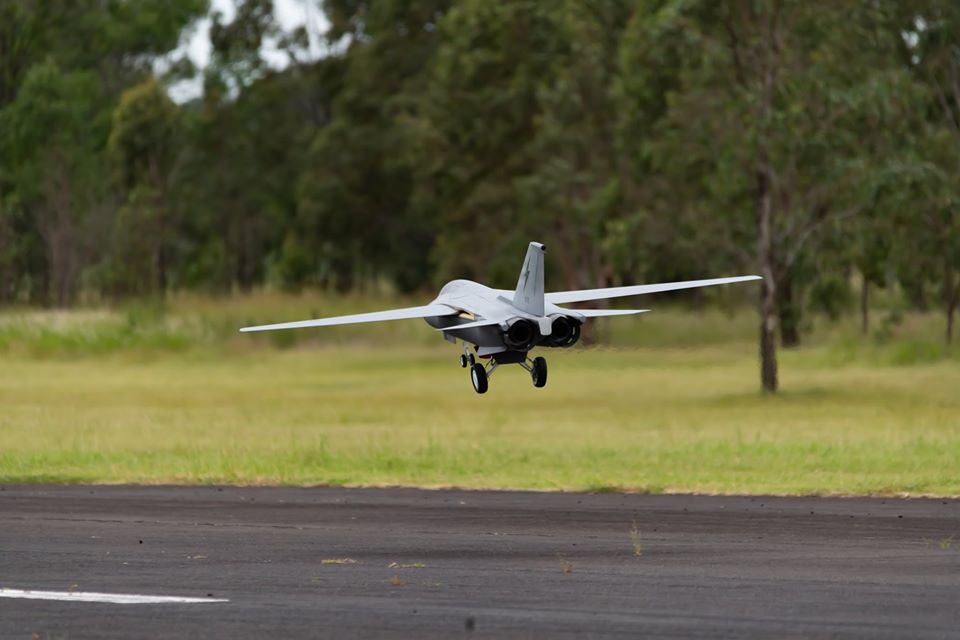 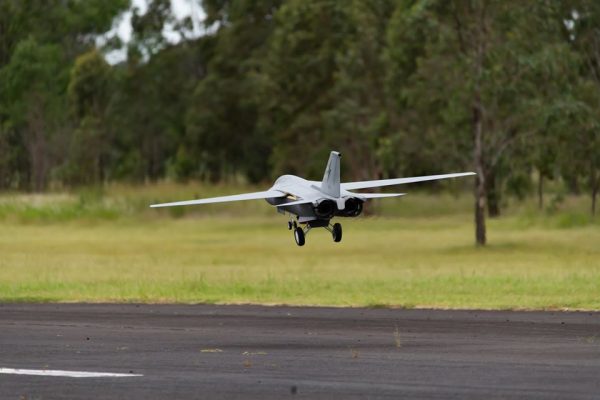 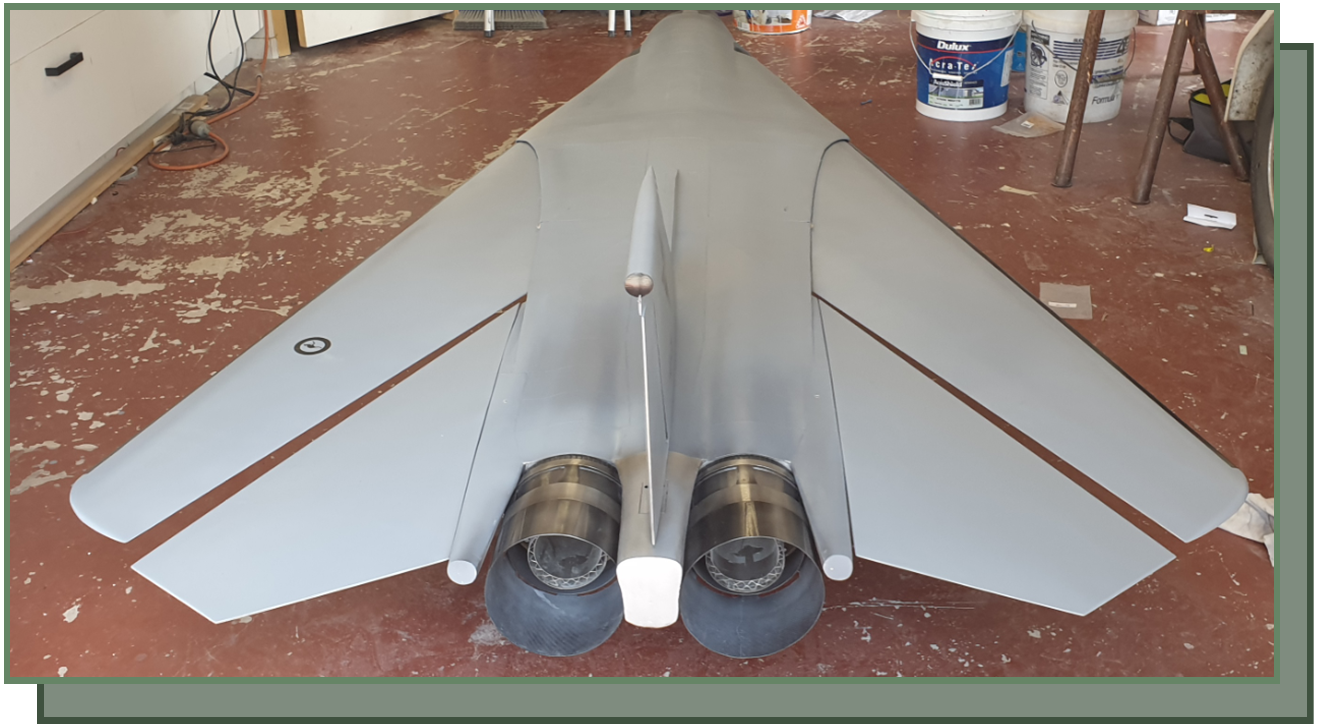 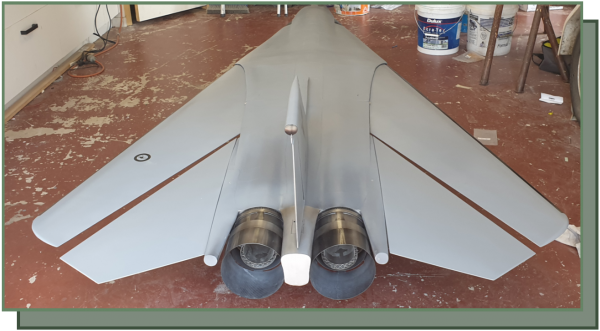 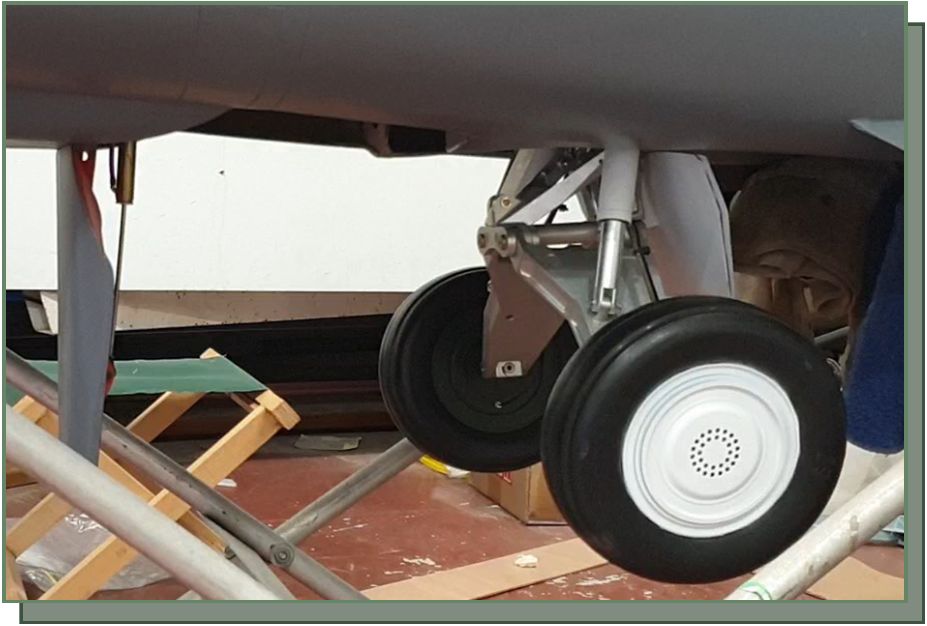 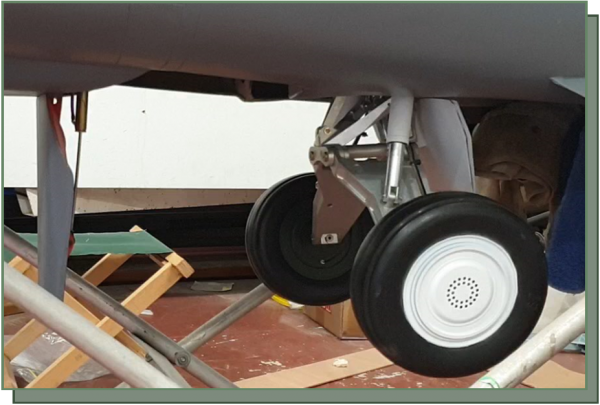 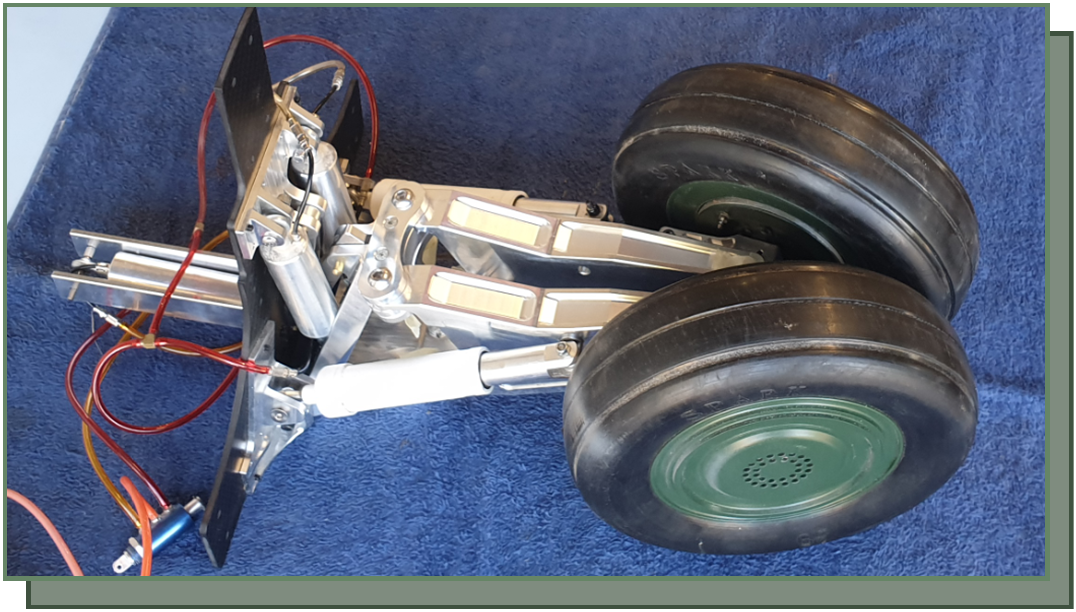 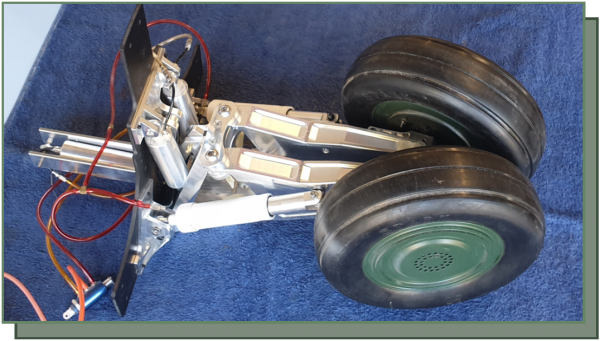 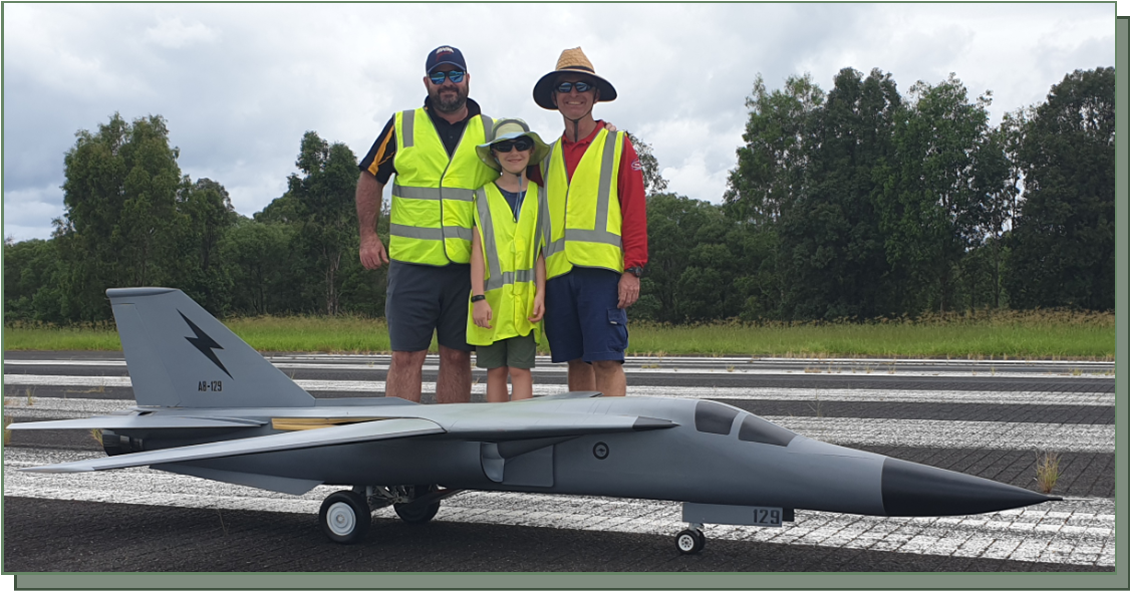 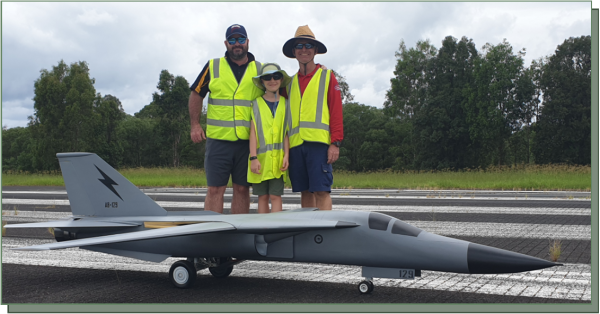 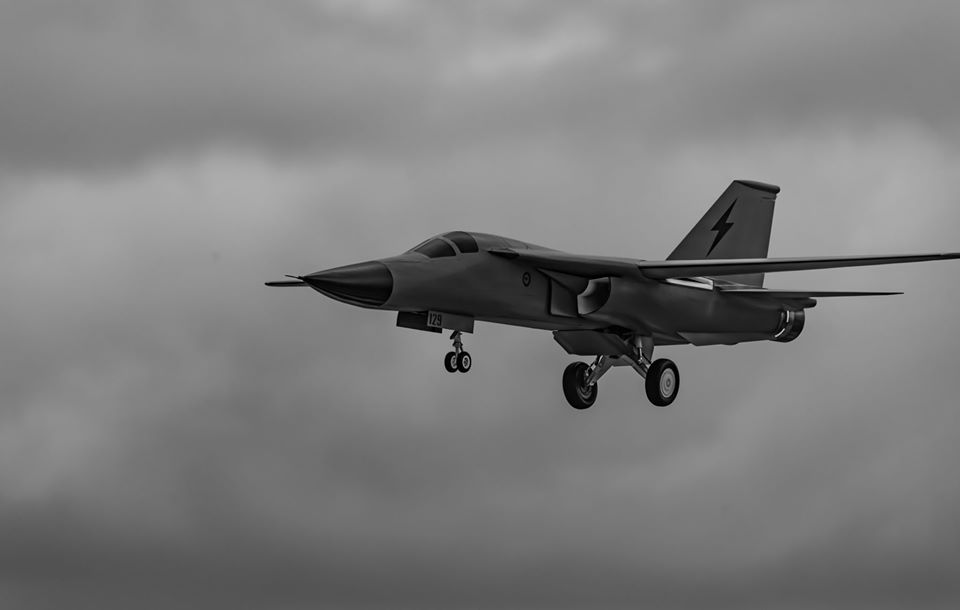 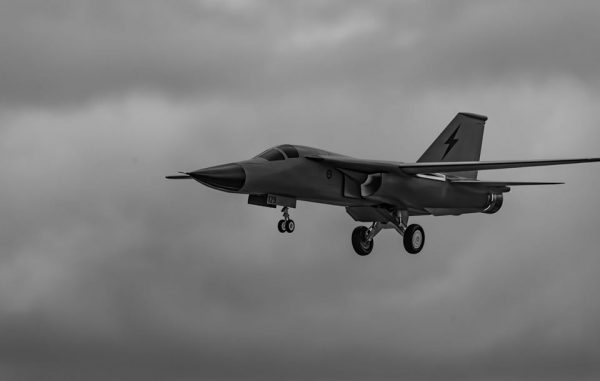 The General Dynamics F111C nicknamed the Pig in Australia is a variant of the F111 Aardvark medium range tactical strike aircraft.

Our F111C design is 1/6th scale and represents the full size in all aspects including the swing mechanism moving the wings. The wings are operated by the Actuonix linear servos moving the wings from 16 degrees full forward to 72.5 degrees full aft. The design of this aircraft is complex as per the original aircraft and requires 2 engines due to the complexity of the main undercarriage. The first prototype had no moving parts on the wing and flew well off bitumen with 2 x 120 turbines. The latest version in production is to have LE slats, flaps and spoilers to allow it to fly at slower speeds. The main undercarriage works as per the full scale version and has the big gear door in full operation. The fuselage is designed to be unbolted in the middle to allow for travel in 2 boxes for airline travel. The air frame can also be represented as a F111F or G model as well to suit the US Air Force versions of the F111.

Just at add RX and Turbine.

THIS IS NOT A KIT